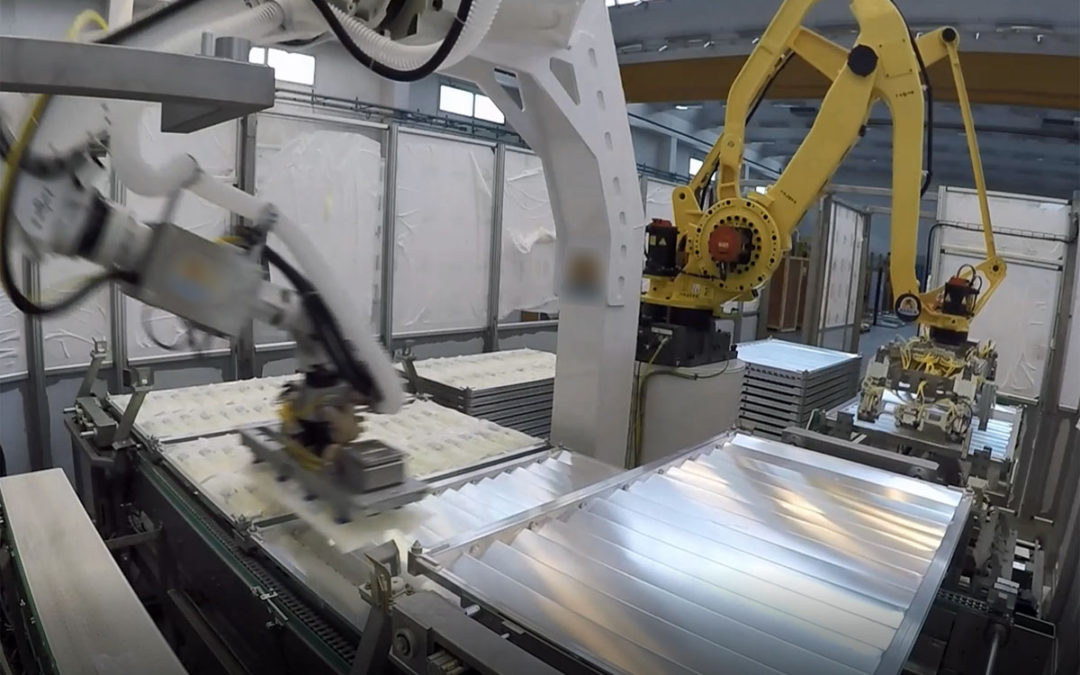 What is Industrial Sterilization?

Industrial sterilization is the process of eradicating all living micro-organisms from certain environments and products. This process is primarily used in the pharmaceutical and biotechnology industries due to the sensitive nature of production and the need for safety and controls in the production, testing and distribution stages within these industries.

The production of sterile surgical equipment, the transport of sensitive materials and food processing all rely on the use of industrial sterilization. If sterilization was not to occur, then contamination would increase and public safety could be compromised.

Industrial sterilization processes can be defined as those operations having as objective the destruction, permanent inactivation, or physical removal of all microorganisms.
Piero M. Arsenate and Outate Ayiti

Various forms of sterilization can be undertaken in an industrial setting. Each of these is suited to a particular sterilization operation and the environment and operating conditions will be different in each case.

We are going to look at several sterilization processes and how they can be applied to different industries.

This form of sterilization requires the use of X-rays, Gamma rays or electron beams to target microscopic organisms. This is particularly useful when targeting entire surfaces or specific, known organisms. It is also ideal for large scale production as radiation allows for the targeting of entire surfaces, leaving little chance of contamination.

Radiation sterilization is also made possible in many industries due to the production of sterilization equipment which is unaffected by radiation and can be reused for mass production needs.

Radiation sterilization is especially prevalent in the medical field as it allows for the sterilization of already packaged items such as syringes.

This is the most widely used form of sterilization for many industries including the biomedical and pharmaceutical sectors.

Both Dry and Wet heat sterilization processes are widely used in these industries due to the controls, safety and mass production capabilities that can be realised from the machinery and production value of the equipment used.

An example of its widespread use can be seen in the production of medical equipment, chemical testing facilities and the sterilization of lab equipment post use. This allows for the reuse of parts, reducing waste and reduced production costs.

NGS provides solutions to medical and pharmaceutical companies who need bespoke product trays that can be used to hold instruments or products during the thermal sterilization and can be used for material transport and handling.

Aggressive chemicals like Hydrofluoric Acid and Sodium Hypochlorite (Bleach) may be used and product trays need to be manufactured from materials that will not degrade when in contact with the aggressive chemicals.

Filtration Sterilisation is usually used in tandem with one of the previously mentioned sterilization methods and it is generally used to remove larger more solid particles from equipment and devices. This is made possible using a sequence of smaller and more targeted filters to remove any particulate matter.

Due to the nature of the industries where sterilization methods are needed, specialist equipment is required to maximise safety, efficiency, and output, especially within large scale production and testing facilities.

Autoclave devices use steam to sterilize medical and pharmaceutical equipment. Autoclaves are used in a variety of settings from hospitals to large scale production facilities and assembly lines. Items placed within Autoclaves are treated with steam to an appropriate temperature to destroy any organisms or bacteria.

Aucoclaves are available in various sizes depending on their needs and uses and can be fitted with trays and baskets created from appropriate material to allow reuse and fasting loading. Production facilities specialising in medical and pharmaceuticals are heavily reliant on the use of Autoclaves.

Smaller autoclaves may be found in GP clinics and dentist offices. This allows for the rapid sterilization of equipment in controlled environments.

Cleanrooms can be found in pharmaceutical and biomedical testing facilities as well as in other industrial environments where the removal of particulate matter is necessary. Cleanrooms require expert design and installation to ensure the appropriate contamination reduced environment is achieved and to contain contamination through the management of entry and exit of all persons and materials into the cleanroom.

Sterilization equipment is often times housed in a controlled environment like a modular wall cleanroom or in pharma wall cleanrooms where more control is needed.

This may be for aesthetic reasons but often it is due to health and safety, throughput requirements, work area and capacity.

Product trays, instrument sterilization trays and dipping baskets like those designed and manufacture by NGS industrial are an important part of the equipment required and these trays often need to be tailored to the equipment and product sterilisation requirements on the shop floor.

Product sterilisation is essential in the Pharmaceutical and Medical sectors where the removal of micro-organisms is essential to the product. This applies also to the food and drinks sector and to a lesser extent in other industry sectors.

These seemingly inane product trays can be complex in design and can rely on precision manufacturing to ensure that the product that they hold is protected, appropriately presented to the sterilisation equipment and easily moved between workstations.

Contact NGS Engineering and we will be happy to advise and help you to meet your product sterilisation and material handling requirements.

Other Articles of Interest